You don’t know how funny Willie Brown and Woody are until you see them live. They’re not just your average comedian/ventriloquist team. Brown takes a different approach to the age old craft by making it fresh, new, and hip for today’s more savvy comedy audiences. It’s not just about seeing him not moving his lips, and hearing Woody speak. “It’s about the jokes”, says Brown. After watching this act for a few moments, you forget that Willie is there, and it seems as if Woody transcends into a standup comedian on his own. Willie does the set up and Woody gives the punch! Willie Brown is a nationally known ventriloquist who has appeared several times on BET Comic View, HBO DEF Comedy Jam, Loco Comedy Jam, Phaturdays, The Jenny Jones Show, and most recently in a recurring role on the Showtime Network series “Barbershop”. From topics such as the family, church, how to deal with the homeless, to current events, Willie Brown and Woody bring it home. 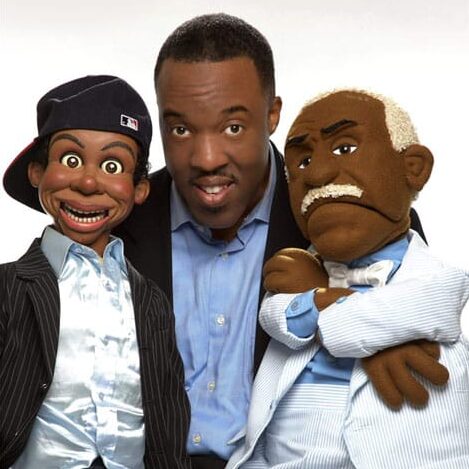 Brown was born in New Haven, Connecticut where his show business interest began with magic. He later became interested in the art of ventriloquism and thus combined it with standup comedy. His early motivation was to fool his friends. “If I could fool my friends then it was on”, says Brown. He was inspired by legendary ventriloquist Willie Tyler and Lester from the Motown Revue along with Jay Johnson who played the team of Chuck and Bob on the hit tv sitcom “Soap”. Brown credits Tyler as being a mentor and a friend. “He used to talk to me for hours in the back of the World-Famous Comedy Store giving me history about the great comedians who passed through the doors, and some of the big music acts that he would tour with like Marvin Gaye, Diana Ross and The Supremes, and the Temptations. I loved it. I would just sit there and take it all in”, says Brown.