Vocalist, and Songwriter, and Adrienne Palmer aka " LADY ADRENA" was born May 24, 1980 in Jackson Mississippi. Her singing career began at age five in County Line Baptist Church and has continued to flourish. In April, 2008, ADRENA completed her first single, "WHAT'S GOOD FOR THE GOOSE". The single was released to the media and received overwhelming responses. "Cheatn on Da Back Street” from her album "Thoughts of a Woman" was released in March, 2010 prior to the album being released August 1, 2010.

Lady Adrena’s music is being aired on stations in the United States, France and the United Kingdom. ADRENA’s love for music has always been astounding. Thus, much of her writing creativity comes from life experiences. This new project emanates from a place of healing and accepting all that has happened from being broken hearted to learning to love again. “Better Days” includes the recently released singles “Man Gonna Do”, “Right Here With Me”, and “Ready to Love Again and hit single” He Won’t Leave His Wife” written by Luther Lackey. From 2015 to 2016 she was blazing the stage shared with some of the household names greats such as: Anthony Hamilton, Betty Wright, The Barkays, Lakeside and many more. She’s currently promoting her new single titled “Slay the Big Girl Way” that was released early May. With this single Lady Adrena wants to empower all women from all walks of life, different educational backgrounds, all ethnicities, and sizes. She’s says it’s all about loving yourself. All of you!!! The good the bad and the ugly. For more info about Lady Adrena follow her at LadyAdrenaMusic.com 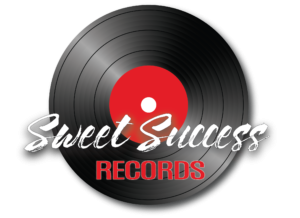